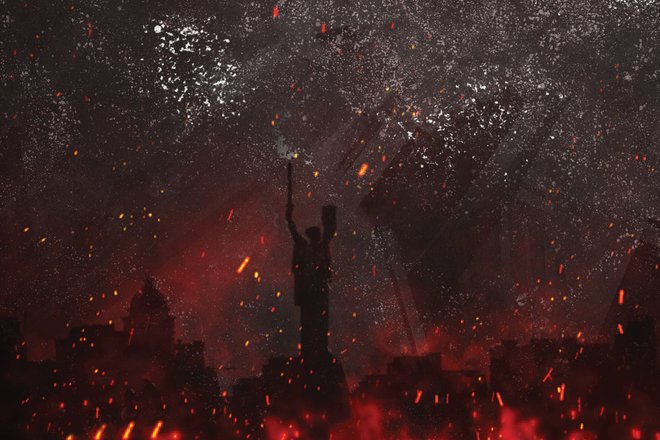 A matter of Trust: the role of the image Ι War in Ukraine

Photojournalism as an irreplaceable component of 21st century visual storytelling.

24 February 2022, Russian forces advance into Ukrainian territory. Russia's invasion in Ukraine, called (mainly from the Russian side) a “special military operation” in Ukraine, is essentially the first war within European borders, after the war in Yugoslavia, but also the first war with two European countries fighting each other, since the end of World War II.

As EU's foreign policy chief Josep Borrell said, Russia's attack on Ukraine is “one of the darkest hours for Europe since World War II”, an attack that has left tens of thousands dead, millions displaced, and economic turmoil across the globe.

Initially, no one realized that the door to the madhouse had swung open; that Europe, the entire world, would suffer the unforeseeable consequences of this conflict. It is the first time since World War II that European citizens have become refugees, with one in four Ukrainians being a refugee, as more than 6 million, mostly elderly people, women, and children, were forced to flee the country, while some 8 million were internally displaced. Thousands of young people from both sides have lost their lives on the battlefields, civilians have found themselves on the front line with weapons in their hands, and hundreds more are living in basements and shelters. Foreign fighters from Europe, America, and Africa are actively involved in the theater of operations, critical infrastructure and entire cities have been razed to the ground, and Ukraine's economy has collapsed. Nuclear war scenarios were normalized and became negotiating weapons, while courts for heinous war crimes are being set up on both sides. Western sanctions on Russia have changed the global economic environment and led to sharp increases in the prices of fertilizers, wheat, metals, and energy. All the above, combined with the blockaded Black Sea ports, fuel the potential global food crisis. Efforts to reduce dependence on Russian energy sources (gas and oil products), or even to impose a cap on their prices, have aggravated the already serious energy crisis, with the result being that the world's economy is hanging by a thread, and a new cold war period is not an imaginary scenario.

The first day to dawn after this war will be in a completely different world.