International media and journalism organisations were the focus of yesterday's JW 2022 programme, which concluded with a panel discussion on journalists' own trust in journalism. Workshops were also held on citizen journalism, the use of open-source information to support and fund journalism projects and a workshop on the way forward for the next generation of journalists. 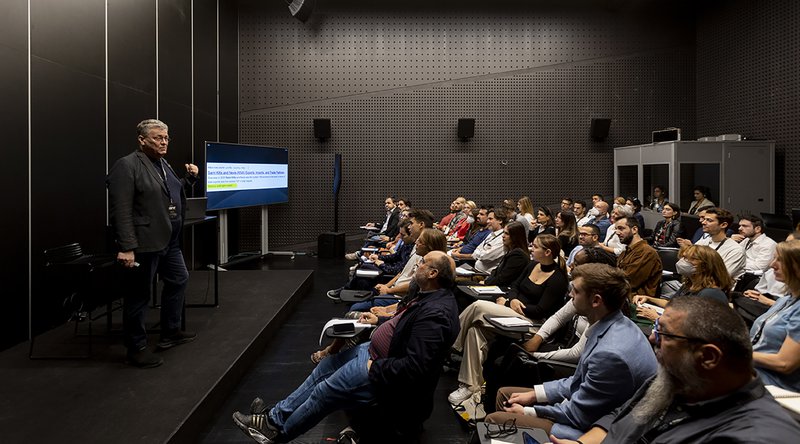 In the Media Village, professional photojournalists from the APW talked about the integral part of photography in news coverage. Nejra Mulaomerovic discussed the work of the Balkan Investigative Reporting Network (BIRN) and the Reporting House Museum project, a newly-opened museum in the Balkans that tells the story of the break-up of Yugoslavia through the eyes of the journalists who covered it. The day also featured a virtual tour of the BBC newsroom, studios and backstage areas by Ross Atkins, a video talk by Federico Caruso on the work of the European Data Journalism Network (EDJNet), and a session with members of the OCCRP inestigation organisation, who discussed their investigation on cross-border financial crime following the Russian invasion of Ukraine and the subsequent sanctions against Russia. 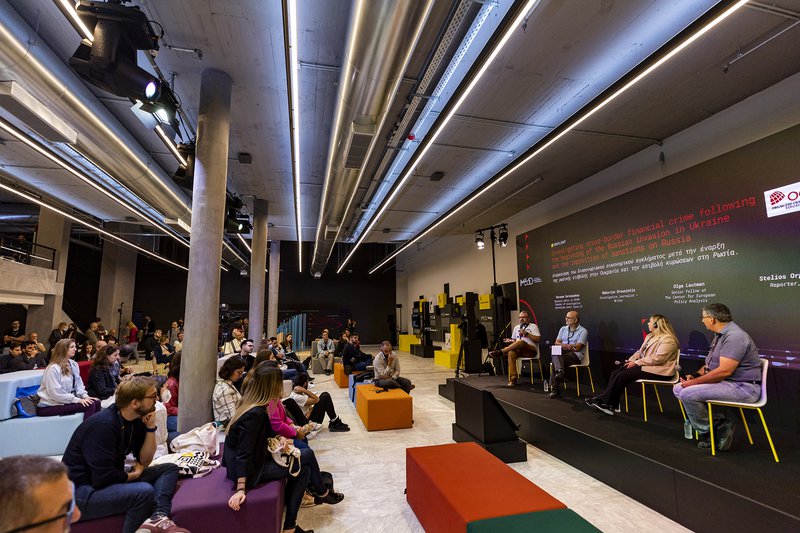 In her speech, Jelena Cosic, Training Manager, Data Journalist / Investigative Journalist and Eastern European Partnerships Coordinator at ICIJ, highlighted the importance of global international collaborative journalism, a new kind of journalism model invented by ICIJ. Speaking on the difficulties faced by ICIJ members she said, “Journalists that we work with are generally attacked. Online or offline, most of them actually need to fight hard in order to keep themselves safe. They are very often sued or arrested. Or they have to leave their home and their countries to continue and do what they do.”
The day concluded with a panel discussion on iMEdD's survey findings on journalists' own trust in journalism. Dr. George Siakas, Research Director at the Public Opinion Research Unit of the University of Macedonia and Assistant Professor of Political Science at the Aristotle University of Thessaloniki presented the survey’s results, followed by a discussion featuring domestic media representatives. The panel was moderated by iMEdD Programmes Manager and journalist Stratis Trilikis and Kelly Kiki, iMEdD Project Manager and data journalist.
During the discussion, Alexandros Klossas, director of tvxs.gr, argued that "During the austerity period in Greece, our idea of journalism was that it served as an opinion maker. Journalists were people who went on TV to shape public opinion. There was no research, we only saw people who wanted to tell us what to believe, to convince us of a particular reality." 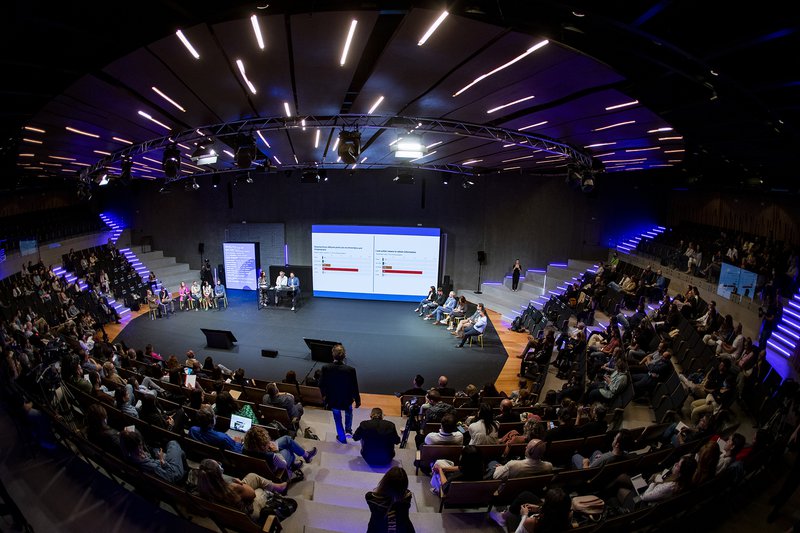 For her part, Nektaria Stamouli, Politico Europe Correspondent, International News Journalist at the Athens-Macedonian News Agency and President of the Foreign Press Association, discussed iMEdD’s survey results: "The most important thing is to be able to trust the reporter. But this requires robust fact checking, because when the reporter feels that they are supported by the medium, then they can continue reporting."

International Journalism Week 2022 will resume today with 12 more key topics. Issues to be addressed include, among others, mental health in professional media spaces, local journalism and the challenges it faces, war crimes and the experience of transitional justice in the Western Balkans.

With great excitement, we look forward to the discussion between CNN's head of international news Christiane Amanpour and president of the Biden Institute at the Biden School Valerie Biden Owens on the role of the media in democracy and the challenges and opportunities for journalism to play a key part in modern democratic societies. Equally intriguing will be the panel "Journalists at War" where Kyiv Independent’s Senior Editor Oleksiy Sorokin and Chief Development Officer Zakhar Protsiuk will be joined by reporters covering the war in Ukraine in a discussion with Nikolas Vafiadis, Head of Foreign News at Antenna TV, on the challenges of reporting in war. The programme will conclude with the screening of the documentary The Killing of a Journalist, by OCCRP's Matt Sarnecki curated by the Thessaloniki Film Festival.

International Journalism Week takes place between 5 and 9 October 2022 at the Athens Music Conservatory in the heart of Athens.

Online registration is now closed, but you can still register at the venue during the conference.
See the full programme here