Trust in Journalism in spotlight

International Journalism Week 2022, which takes place between 5 and 9 October 2022, kicked off its first day with a presentation of a nation-wide data survey on the loss of public trust in journalism and a follow-up discussion that highlighted the need for structural changes in the media landscape.

The first day of International Journalism Week 2022, organised by iMEdD - incubator for Media Education and Development, concluded with the participation of students, scientists and media professionals. The ‘Fourth Estate’ was placed under the microscope in a data-based discussion on its role as an independent monitor of power and on the loss of public trust in the media. Public and professional perceptions on the scope and practice of journalism were also explored, capturing the audience's interest. 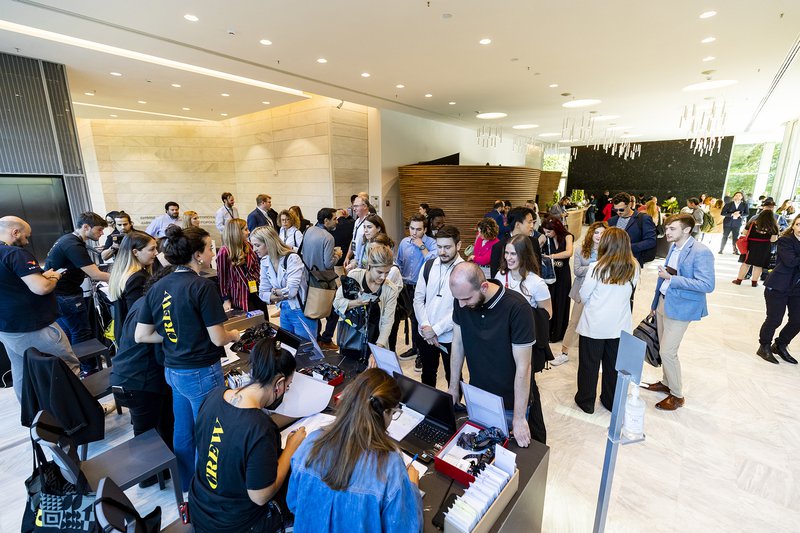 “The quality of journalism directly affects the quality of the democracy that we enjoy. In today’s age of polarisation, demagoguery and fake news, the need to regain public trust is imperative. And this calls for an establishment of transparent processes that will ensure credibility and validity in journalism,” said iMEdD Founder, Managing Director and journalist Anna-Kynthia Bousdoukou, upon welcoming the audience and speakers to the panel entitled “Matter of Trust: The Audience's Angle”.

Stratis Trilikis, iMEdD co-founder, Programmes Manager and journalist, stressed that "The world is experiencing a period marked by profound uncertainty, insecurity, and doubt. We are all witnessing this on a daily basis and we all share these feelings. Never before, in my opinion, has the need to acknowledge the importance of the institution of journalism been more urgent than it is today."

During his opening remarks, Andreas Dracopoulos Co-president of the Stavros Niarchos Foundation (SNF) welcomed the audience via online connection and chimed in: "Our values are being challenged on a daily basis by many, and for many different reasons, but we must remember that a robust and healthy media landscape is an essential part of a functioning democracy." 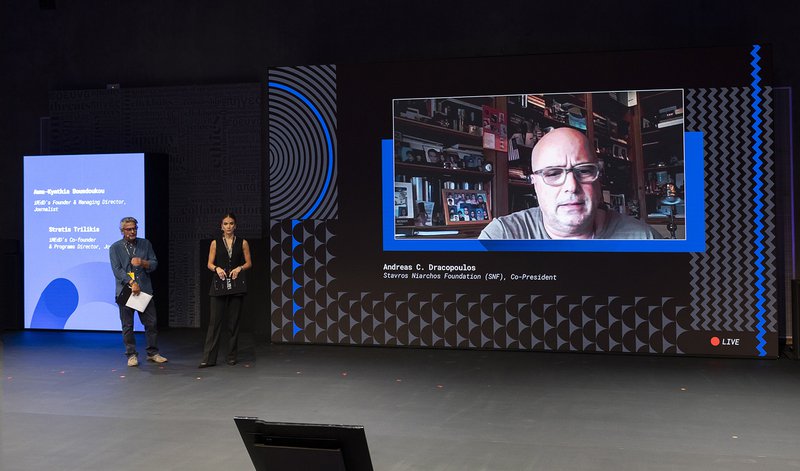 The forum’s opening was followed by a presentation of data resulting from two surveys on public trust in the media and professional perceptions of journalism, conducted by the Public Opinion and Market Research Unit of the University of Macedonia’s Research University Institute on behalf of iMEdD. Importantly, as the research findings suggest, the public seems to agree with perceptions shared by media professionals: 70.5% view journalism as a profession and an overwhelming majority of 89.5% consider journalism as an essential component of democracy. However, in practice, and within the context of a broader crisis of trust in institutions that is corroborated by the surveys, people reported a profound lack of trust in the media (67.5%) – at a rate only exceeded by their mistrust in political parties, which stands at 77.5%.

"Trust is also an important factor in people’s willingness to pay for news. When there is a lack of trust in the media, people are less inclined to subscribe to news outlets. In a way, you cannot have a profitable medium without people's trust," said Laura Saarikoski, editor-in-chief at Finland's leading newspaper Helsingin Sanomat, in a panel discussion that featured prominent speakers from local and international media.
Pointing to the need for organisations that are founded on transparency and independence, executive editor of Kathimerini newspaper Alexis Papachelas stressed that "Much like in the US and other countries, I believe that the role of non-profit organisations like iMEdD is crucial. The mistake of the previous years was that the anxieties of society were not taken into account" Speaking on government interference in the media, he added: "it is not a new phenomenon, it is not the first time something like this is happening, and it is not only happening in Greece. But there is a much more aggressive approach in all countries now."
For his part, Manos Horianopoulos, director of the news247.gr news website, tried to get at the roots of the issue: "When we talk about the media in Greece, we are talking about the media of a country that essentially went bankrupt. When bankruptcy hit, people began, probably for the first time, to wonder who journalism actually serves. That’s when the first big cracks between the media and the public started to show.”
Louis Jacobson, senior correspondent for the fact-checking website PolitiFact explained how they help readers get to the truth of news stories: 'We help readers understand the world around them and what they hear in politics, especially when it seems like something is off. We are always striving to make sure our political fact-checking and verification efforts are aligned with the public interest and serve our readers.”
Focusing on the role of social media, Antonis Kalogeropoulos, University of Liverpool Research Associate and Oxford University’s Reuters Institute for the Study of Journalism associate said: "Greece is the leading country in Europe relying οn social media as a news source. Around 70% of Greek online users get news from social media. In Britain or Germany this figure is less than 35%. People in these countries seem to use social media for personal reasons and not to obtain news."
In their respective speeches, Evlambia Revi referred to citizen journalism, Stavros Malichoudis discussed the issue of wiretapping, and Vassilis Koufopoulos touched upon the issue of state-funded media.

International Journalism Week takes place between 5 and 9 October 2022 in the iconic Athens Conservatoire in the heart of Athens.

Online registration is now closed, but you can still register at the venue.