International Journalism Week resumed for its 5th and final day with a discussion on Press Freedom Independence and Sustainability, an open call for incubator 2022 launched by iMEdD and a European Press Prize community event

Day 5 commenced with the first-ever European Press Prize community gathering in EPP’s ten years of operation. The European Press Prize is an organisation founded to support and promote quality journalism in every corner of the continent.
Shortly after, the EPP held an open networking event in the Media Village to help IJW attendees get to know each other better. The event kicked off with an interactive game, which was designed by the moderator and featured controversial topics such as religion, abortion, the LGBTQ+ community and political corruption, among others.
The event was followed by the theme announcement for incubator’s fourth cycle, inviting journalists to submit proposals on “Climate Inequity”. Applications opened today, Monday 10 October 2022 HERE.
In the next session, Bloomberg Media Initiative Africa held a panel titled “Innovation and Sustainable Media Business Models,” featuring a discussion on how print advertising revenues have plunged by 50%, while social media accounts for about half of all global digital advertising revenue. 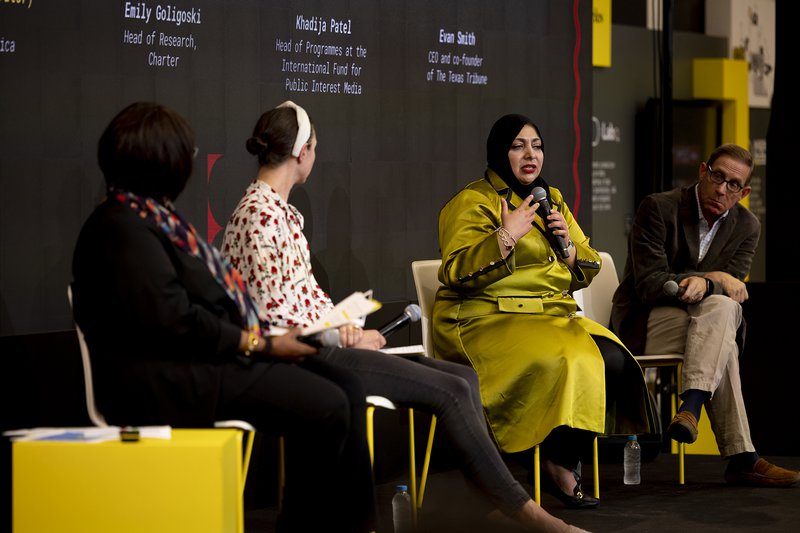 The plenary on Press Freedom, Independence and Sustainability explored journalists' own trust in journalism through a collection of different perspectives and experiences. Various topics were discussed, including the freedom and sustainability of the press, the need for journalists to remain honest with their audiences in today’s challenging environment, the types of news by country, and fake news. Among other things, Anton Troianovski, Moscow Bureau Chief for the New York Times, stressed the importance of remaining honest with our audiences and true to our values. Journalists, as he said, have one job - to report the news. Wafaa Albadry, journalist at DW, described how hard she had to work to get a seat at the table. As a woman and single mother, she had to work two and three jobs to enter the journalism industry and, despite her efforts, it took many years before her work was finally recognised and she starting receiving the same pay as the rest of her colleagues – what with her being a non-EU national. An advocate for diversity and inclusivity who fights for the future of journalism, Albadry explained that her goal is to help establish a narrative where everyone is equal and unhindered by social class. Journalists, as she put it, should not be angling for each other’s jobs – their ultimate goal should be the same: to get the news out. With the issue of trust in journalism as a central theme, Pavol Szalai, Head of RSF’s EU/Balkans desk, addressed a captivated audience: “At a time when the war in Ukraine is raging and journalism is plagued by propaganda, now more than ever, we must defend press freedom in Europe. We have an obligation to defend journalism as a vocation that prevents crimes and serves as the foundation of our future conscience,” adding that, "as a democratic country, Greece has a greater responsibility to protect the freedom of the press. It must live up to its European and national commitments to media freedom". The discussion concluded with a lively Q&A session. 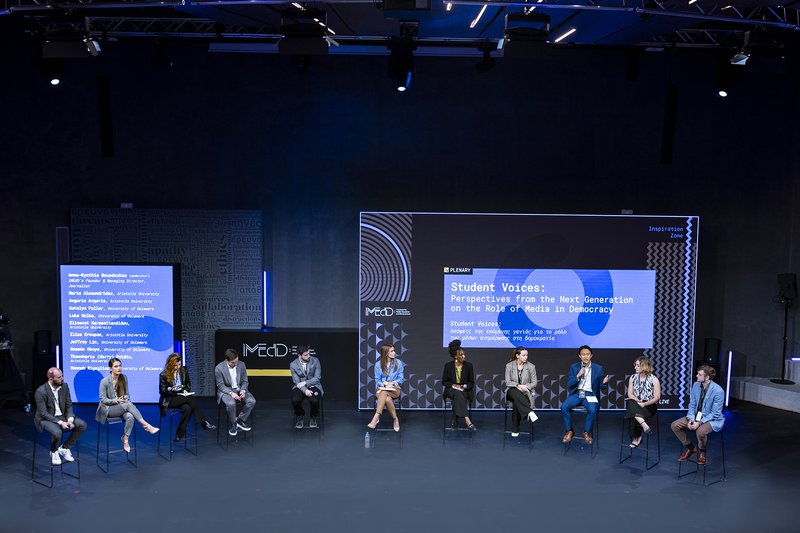 International Journalism Week 2022 wrapped up by giving the floor to the next generation of leaders. Members of the Student Leaders programme, a part of the Biden School SNF Ithaca Student Leaders program at the University of Delaware, were joined by political science students from the Aristotle University of Thessaloniki to discuss their takeaways from the Week, such as "Learn to listen more to people you may disagree with because it's fun, and it's really productive". 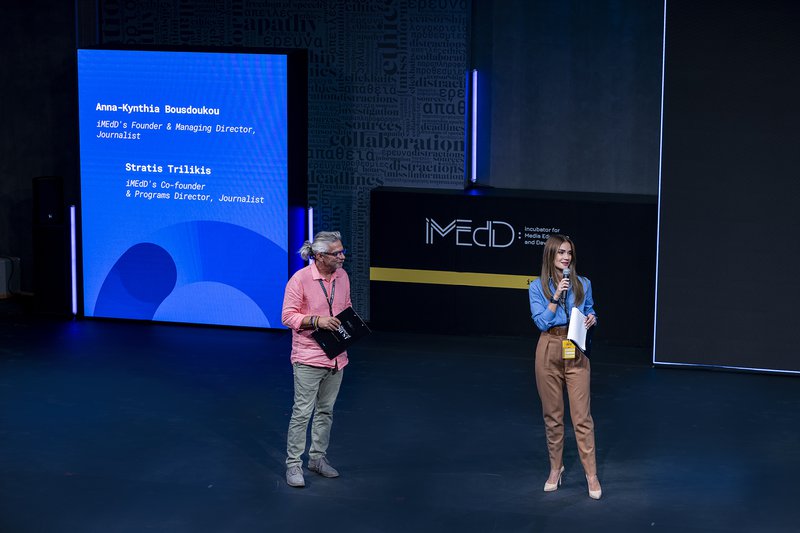 Upon closing the evening, as well as the Forum overall, iMEdD Founder & Managing Director and journalist Anna-Kynthia Bousdoukou, pointed out "Despite the public’s negative perception of journalism that statistics suggest, we all here had the opportunity to meet with other Greek and international journalistic entities and initiatives that added to the conversation on sustainability by highlighting the importance of storytelling and investigative reporting and exploring ways we can invest in them.", while Stratis Trilikis, iMEdD's co-founder and Programs Director wrapped up the week by mentioning: "The reason why we exist, why we work and why we are here - where we hope to find ourselves next year with a more substantial presence and not as a mere statistic – is because we want to be able to provide the public with more robust and valuable information."

The International Journalism Week took place from 5 to 9 October 2022 in the heart of Athens, in the iconic building of the Athens Conservatoire.

Most of the conference was streamed live on forum.imedd.org, where on-demand sessions are being added daily.